For the first time in the history of Belgaum AAB had arranged for an online public poll for the selection of the Belgaumite (person) of the year 2010.

The response to the activity was overwhelming and more than 600 people worldwide contributed their valuable votes.

Mr.Raghvendra Anvekar & Mr.Mahesh Jadhav were declared joint winners for their contribution towards society and the city of Belgaum as a whole.

The winners will be awarded with a certificate and handsome award money of Rs.25000 each in a couple of days. Thanks to Samir & Sahir Kittur from Belgaum who have come front to sponsor the award money for 2010.

Samir & Sahir Kittur have been into philanthropy for long and have been supporting AAB from day one. Both of them liked this unique concept of awarding the Belgaumite of the year and sponsored this years award money. 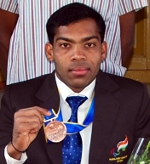 Raghvendra Anvekar– The differently abled swimmer was nominated for winning The Eklavya Award & Bronze medal at Para Asian games 2010. He has so far won 18 International Medals apart from 43 gold medals at the National competitions. At present Raghvendra is a student of RPD College, Belgaum. 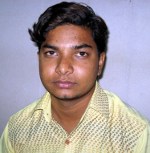 Mahesh Jadhav — While youth in the early twenties spend most of their time seeking material pleasures in life, here is an individual who spends most of his time for his orphanage AADHAR. Mahesh is a businessman dealing in Electronic Consumer goods but has been dedicatedly involved in serving orphans and HIV+ patients at his AADHAR under his Mahesh Foundation.

The AAB jury selected 6 persons and more nominations were called in from the readers. After receiving 16 nominations, the jury evaluated and finalized the nominees. The jury consisted of 36 people from various backgrounds and included professionals in the field of IT, recruitment, banking, academics, Painters, Photographers, Chartered Accountants, reporters, businessmen and senior citizens.

Any individual from Belgaum who’s achieved a significant feat in the year 2010.

Any individual who has made Belgaum proud in the year 2010.

6 nominees were shortlisted by the jury, and the list was then put open to public voting from the 24th December 2010 to 1 January 2011.

Thanks to the sponsors and Aadil Bandukwala, RK Patil, Sandeep Hegde, Sameer Majali, Rajendra Pai and all others who helped us in BOTY.