The Shop owners on the Kelkar bag Nala Slab(this is next to the petrol pump on College road, Near Vaisahli Bar) were furious this afternoon when the the corporation team came with JCBs to remove their shops saying that the corporation had not renewed its lease. 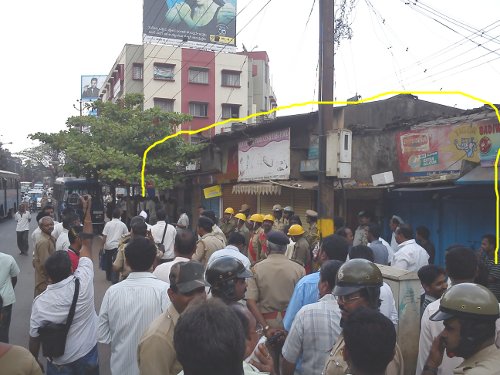 The shops there include All India Bhel House, Vijay Bakery, 2 Biryani stalls and few more other shops like mobile recharge and a canteen.

The corporation officially might not have renewed the lease then why did it collect the lease rent from the tenants there.

This made the shop owners furious and the police was called in more numbers to handle the situation.

Till this was being typed the shop owners were given time until 5 pm to remove the shops but no one did anything as they say all is legal and why under the name of VKS the corporation is harassing them. 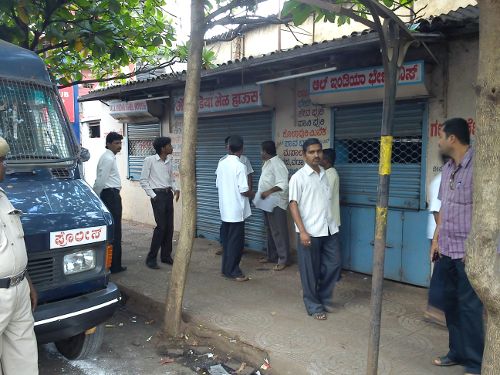 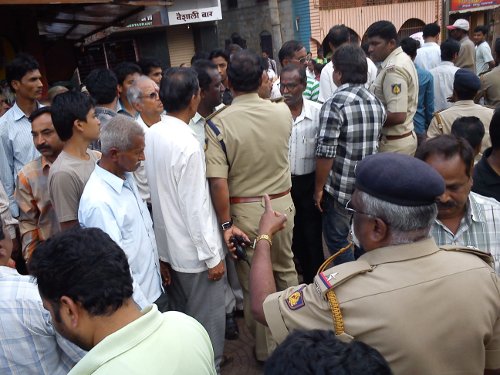 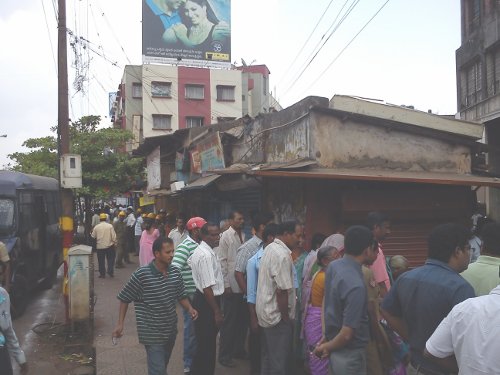 A shop owner said, we have paid lease rents, house tax yearly without default, these shops are not khokas and were approved by the corporation then why this act of removal now.

The pan shops at Bogarves circle(Kirloskar road) Arun Pan shop and classic pan shop were also removed by the encroachment wing of the corporation this afternoon.