If we look at the world, around the latitude of India, anywhere else in the world its only desert.

But India is blessed with the Western Ghat mountain ranges extending from Gujrat to Kerala.

Rajasthan is a Desert because Rajasthan does not have Western ghats to its west.

Due to absence of such mountain ranges like Western Ghats, with pristine vegetation in Africa, America, the regions with similar latitudes on the globe are deserts. An example is Rajasthan.

Imagine, if the Western Ghats were not present in the direction of south west monsoon, the beautiful city of Belagavi and the landscape in the northern Karnataka would have been a DESERT. 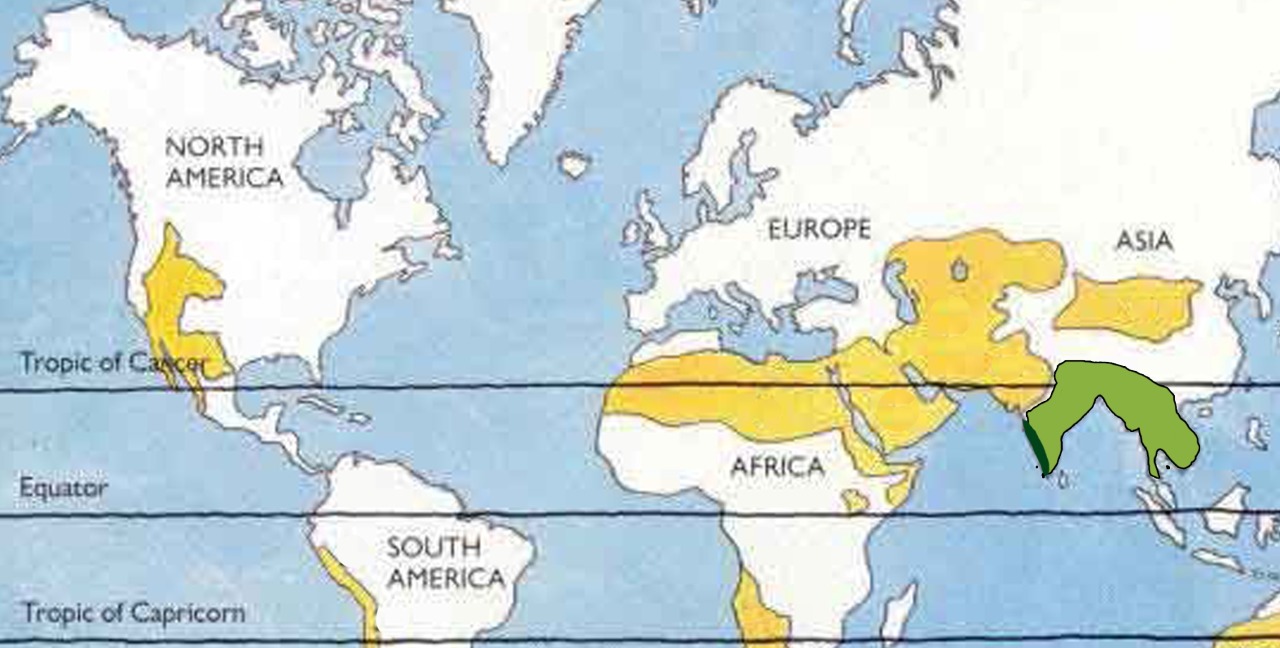 The crest forest in the Western ghats, acts as a sponge and absorbs the rain water in huge quantities, and that is why few mighty rivers like Krishna, Kaveri, Tunga bhadra, Godavari, Malaprabha, Ghataprabha, Mahadayi, Kali, Sharavati, Netravathi, Savithri, Vashishthi, Periyar originate in the Western Ghats.

Western Ghats has its expanse in these Six states,Gujrat, Maharashtra, Goa, Karnataka, Kerala, and Tamilnadu.

“Over 365 million people live in these six states comprising the Western Ghats and receive most of their water supply from rivers originating in the Western Ghats. This means that the natural ecosystem of the region is responsible for the wellbeing of one person in every 20 on the planet.

25% of India’s population is directly dependent on the Western Ghats and its forests, to get their water.

Isn’t that reason enough to save this phenomenal region from being Axed, & Bull-dozed for the short term gains of very few?

What Water man of India Rajendra Singh, says about solutions to water problems in North Karnataka.

Ramon Magsaysay Awardee (2001) and Stockholm water prize winner (2015) Dr. Rajendra Singh was in the city to inaugurate Hitaishi Charitable Trust. In a power packed speech he addressed pressing issues of water scarcity in the country and gave strong pointers to the citizens of Karnataka on the best way forward to conserve water.