South west monsoon winds coming from the Arabian sea climb the western ghats and cool down.

The moist mountain top (crest) forest on top of the western ghats turns this winds into clouds and rain, triggering the monsoon for the North Karnataka and the entire India.

We are planning to destroy the mountain top (crest) forest in the western ghats, in the direction of south west monsoon winds, by constructing 9 dams and canal network for water diversion in a span of 100 kms.

This will drastically reduce the rainfall in North Karnataka and the catchment areas of Malaprabha, Ghataprabha, Markandeya rivers and the rain dependent agricultural area and turn North Karnataka into a DESERT. 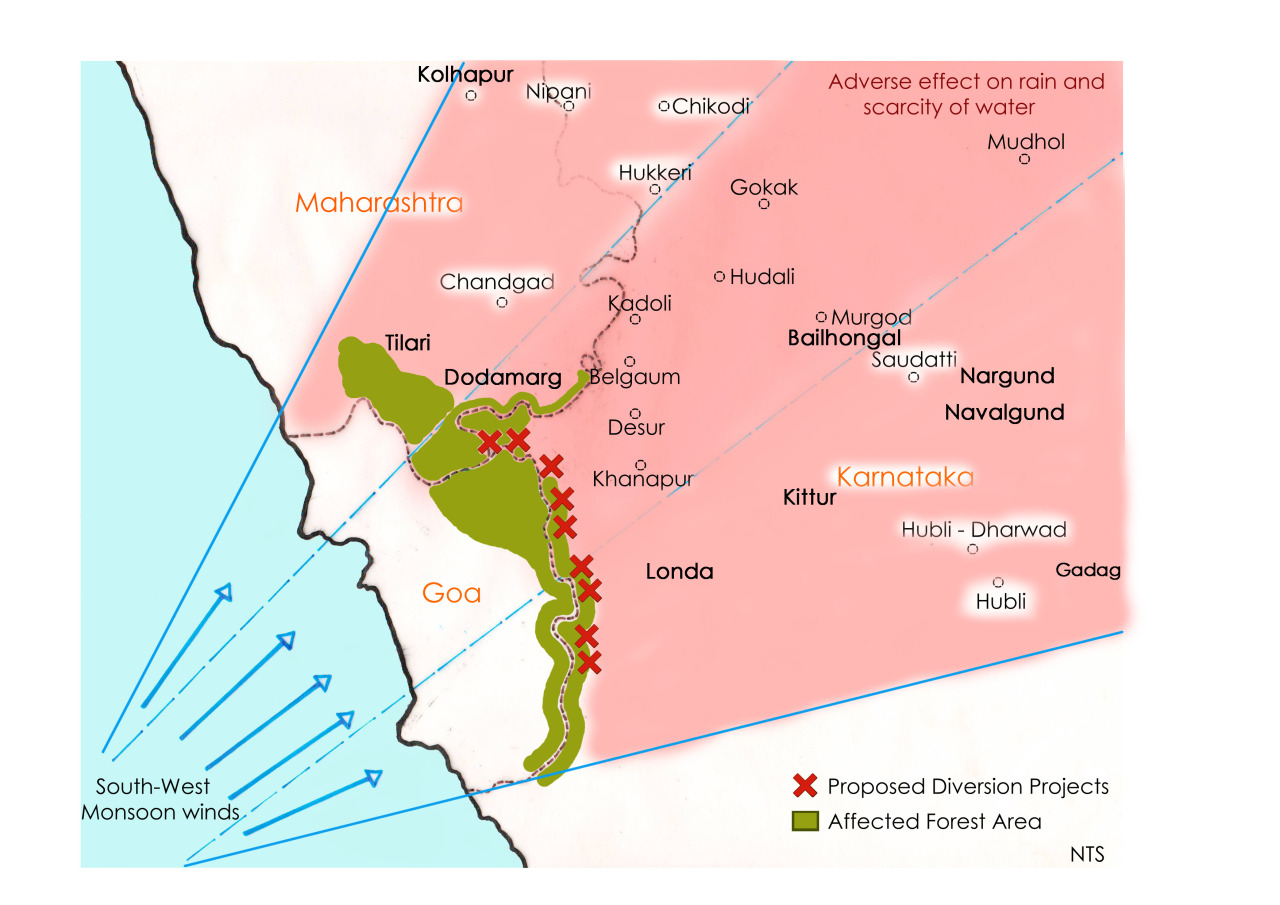 Dams will divert the water away from this forest to destroy them further.

The proposed construction of dams, to divert the water to satisfy the short term needs of a very few, we will be creating problems for majority of population in the North Karnataka who are completely dependent on rain.

We will not use common sense to realize that, to get short tern benefits, we should not ignore the long term losses.

The north Karnataka is experiencing the high rate of desertification, due to utter mismanagement of the available water resources. By diverting Mahadayi away from forest, let’s make it a desert faster. it won’t be long, when people start owning herds of camels to travel in North Karnataka.